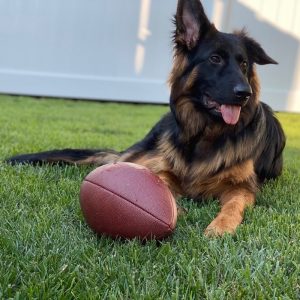 November is epilepsy awareness month. Like people, dogs and cats can develop epilepsy, but the condition is more common in dogs. The most common form of epilepsy in dogs is called idiopathic epilepsy, meaning that there is no known structural or infectious cause of the seizures the dog experiences. Dogs with idiopathic epilepsy typically have their first seizure by five years of age. Certain breeds are predisposed to idiopathic epilepsy including shepherds, huskies, Bernese mountain dogs, and wolfhounds. My nephew-dog, an Australian shepherd, started seizing a few days after his first birthday; another epileptic patient, a German shepherd, began experiencing seizures when she was only four months old. Initial diagnosis and treatment is not only expensive but also emotionally difficult.

Dogs may experience grand mal seizures where they lose consciousness, fall to the ground, and paddle their legs while foaming at the mouth. They may also experience partial or focal seizures, which typically involve only the head and may present as “fly-biting” behavior, or rapid and repetitive movements such as head-bobbing and jaw-chomping. Dogs may also defecate or urinate during a seizure event. While most seizures do not last more than a few minutes, dogs will be confused and out of sorts for up to an hour following a seizure event. 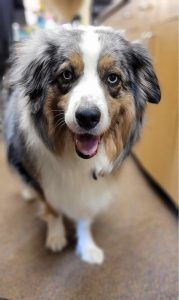 Treatment is aimed at reducing the frequency and severity of seizures. Importantly, there is no cure for epilepsy; any medications given are simply band-aids to prevent seizures from worsening and potentially leading to life-threatening brain damage. This means that dogs with idiopathic epilepsy are typically on medications life-long, and many dogs will experience negative side effects from their medication such as sedation, incoordination, or gastrointestinal upset. However, once control of the seizures is achieved through trial and error, epileptic dogs are typically able to live happy and fulfilling lives. Though canine epilepsy is costly both monetarily and emotionally, it is possible to manage the condition by having a good relationship with a veterinary neurologist and primary care veterinarian, as well as a village of support from friends, family, and other owners of epileptic dogs. Animals with epilepsy are just as deserving of love as any other pet, even if their brains work a little differently than our own! 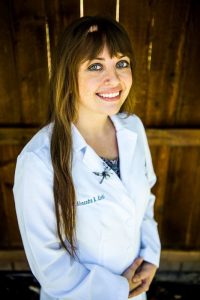