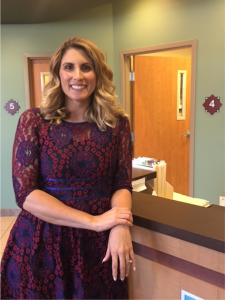 LANCASTER, PA – Local veterinary officials are urging owners to vaccinate their dogs against the potentially deadly canine influenza virus that is sweeping through central Pennsylvania. Up until recently, the majority of cases have been limited to major cities like Philadelphia and Pittsburgh. Just this week, several cases have been reported in Red Lion, PA and doctors expect that number to rise exponentially in surrounding areas.

Just like the human flu, new strains of canine influenza spread quickly and once introduced to an area, where pets do not possess immunity. Nearly 80% of dogs exposed to the virus will become infected. If not properly treated, canine influenza has a 10% mortality rate according to the American Veterinary Medical Association.

There are no reported cases of canine influenza being passed from dogs to people, however, humans can spread the infection to their own pets if they come in contact with and infected pet. It can also be passed from dogs to cats, so medical experts are urging owners to take extra precautions by getting your canine companions vaccinated.

The current vaccine protects against the two most severe forms of the canine influenza virus, and initially requires a series of two injections. The vaccine should then be administered once per year thereafter for continued protection.

Symptoms of canine influenza include coughing, lethargy, fever, decreased appetite, and a runny nose. For dogs who contract the illness, there is also an increased risk of developing a secondary infection, such as pneumonia. If you suspect that your canine friend has contracted the dog flu, contact us immediately. Delayed treatment can lead to serious complications.
To schedule an appointment for your dog’s canine influenza vaccine, please call our office at (717)569-5381.