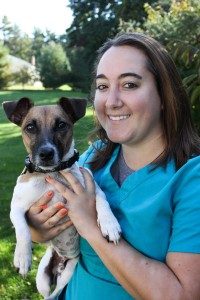 This weekend I went to BINGO sponsored by a dog rescue called 2nd Chance 4 Life. The BINGO was fun, I won a few prizes, and all the proceeds went towards helping animals.

Most people that know me well know that I am a huge advocate for rescuing animals.

I’m a dog foster and foster failure. I have spent most of the past few years working at a shelter and with other rescues including Pitties Love Peace, Lancaster Humane League, United Against Puppy Mills, and now 2nd Chance. I have a lot of experience with shelter dogs…I also happen to have one of my own.

This weekend got me thinking about all the reasons people give me for having a “pure” bred dog or buying a puppy instead of adopting one. When I worked at a shelter, I didn’t get it. I didn’t understand why anyone would buy a puppy when there were so many homeless dogs out there. However, I’ve seen the other side of things too now. I’ve seen the good breeders, the people who breed for show or quality puppies. It’s not always about status, sometimes it’s just because they enjoy what they do and they’re good at it. I know a few amazing breeders that come to Neffsville, and they love their dogs very much.

However, rescue dogs are just as loveable and amazing as any pure bred dog you will find. All of my foster dogs have been great. Even thought this is the case with most shelter dogs, there will always be people skeptical of the idea of not having a pure bred dog or getting a dog with a questionable history. Here are a few misconceptions about rescue dogs:

Myth: Rescue dogs are not easy to train because they’re already set in their ways.

Truth: First off, there are many rescues that get just as many puppies in as they do older dogs. If a puppy is what you’re looking for, they can be just as easily found through a rescue as they can be through a breeder. Even if you get an older dog, that doesn’t mean they’re un-trainable. I had a beagle-mix that was 3 years old and was completely housetrained and learned a bunch of commands in the short time she was with us. Anything is possible with a rescue dog as long as you’re willing to put the time and effort into working with them.

Myth: Rescue dogs are so expensive. Why would I pay $500 for a mixed breed?

Truth: Rescues do not charge money for their dogs because they want to, but because they have to in order to keep their rescue going. Keep in mind…most rescue dogs are already spayed/neutered, microchipped, and up-to-date on vaccinations before they are adopted out. Those things alone would cost you over $500 if done separately. And that would be on top of the cost of the dog if gotten from a breeder.

Myth: But I don’t know what kind Pit bullof dog I’m getting. 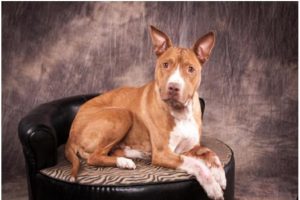 Truth: Do you know what kind of dog you’re getting when you buy from a breeder?

The one thing that people forget is that dogs are so much more forgiving than humans. Let’s take Annabelle here as an example.

Annabelle is a Pitbull Terrier who is 1 year and 7 months old. Annabelle was found wondering the streets with severe burns on her front two legs. Her wounds were so deep and so painful. She was lucky to have been picked up and taken to a shelter.

However, that shelter was unable to come up with the funds for her treatments so she was transferred to another shelter in West Virginia. Once she was in stable health, 2nd Chance 4 Life was able to pick her up and bring her back to PA where she continues her recovery.

Through it all, Annabelle has been nothing but loving and affectionate. She loves to give hugs and kisses, and enjoys all the love and attention she is receiving. Never once has she ever treated a human the way she was treated, she forgives and forgets like most dog do. So no, you don’t know what kind of dog you’re getting, but if you do your research and find the right rescue, you just might find the perfect dog for you.

Having said all this, I have seen some of the worst-case scenarios including my own.

My dog was extremely aggressive when I rescued him and now he’s a friendly and loving pup. Rescue dogs are all about what you put into them. If you’re willing to love and care for another being and give them the best life possible, rescuing is a great option. You can check out petfinder.com to find certain breeds, ages, or genders.

Also, you can check out www.2ndchance4liferescue.com for a list of available dogs including the lovely Annabelle. And remember… ADOPT DON’T SHOP!